An Eulogy for Infosec

Last night I watched one of the best episodes of television to ever grace the liquid crystal affixed to the center of my living room. The episode "Eulogy" from season two of Pamela Adlon and Louis C.K.'s "Better Things" absolutely floored me. If you aren't watching, I highly suggest the show. Season two is particularly exceptional, and not solely for "Eulogy".

Warning: this blog post is basically a spoiler for the episode.

In the episode, Pamela's character Sam Fox starts off by leading a class in acting. This scene is meant to highlight the fragility of acting as a profession due to the drudgery of wading through awful writing to simply taste the chance of performing a brilliantly written piece, while exemplifying the actor's duty to capture and reproduce human vulnerability almost seamlessly. The cool and breezy way Sam exposes her students' strengths as weaknesses is elegantly juxtaposed against her own assertiveness.

In the following scene, the exceptional skills Sam has tuned over the years are almost tossed aside when the practical and logistical world of commercial acting imposes itself on her. Take after take, she's relegated as the side-lined wife to a man-child in a fast, red car. Her talent has little bearing on her value in this scene, and is a perfect parallel to many careers that require years of stringent training to perform what are essentially menial duties.

The rest of the episode is a beautiful study of these first two scenes, through the eyes of Sam and her daughters. At home, Sam's daughters dismiss her career as uninteresting; something to submit a casual eye-roll toward. Interestingly, Sam breaks the rule she defined for her actor students in the first scene by being confident and assertive, challenging her daughters, demanding their respect for her hard work and success. The daughters dismiss her as childish and weak, driving her from the house.

Skip to the final scene, Sam arrives back home to a surprise "funeral", where her daughters and friends are eulogizing Sam, in order to tell her - albeit pseudo-indirectly - how much they do love and respect her. Sam (Pamela?) completely breaks down in perhaps one of the most sincere, vulnerable scenes I've ever watched, as she fulfills the promise set forth in scene one.

Phenomenally written by Louis and heartbreakingly acted by Pamela, the episode actually brought tears to my eyes, for so many personal reasons. However, it also struck me as fascinating because professionally we suffer the same fate in so many careers, but especially information security. Why? Because we've been killing our industry for years.

The Death of an Industry

At 44con this past September, I described why Information Security as an industry is dying. Don't believe me? You're not paying attention. Hacking, as an art, is dying. Our industry has been screaming at engineers and developers for decades without any attentiveness what-so-ever. Yet, over the past ~5 years, they're finally starting to listen. This is primarily thanks to major corporations like Google, Apple, and Microsoft backing information security as a necessity. Google Project Zero, Microsoft BlueHat and their many other initiatives, the exceptional team at Apple Product Security, they all have pushed the limits of what can be accomplished in offense. The result? A far stronger baseline for defense than we've ever seen in the history of computing.

Today, it's almost impossible for an average hacker to develop a zero-day exploit for any given target. In the late 90's and early aughts, zero-days for Bind, sendmail, and even SSH were floating from secret-hacker-cult to secret-hacker-cult without the commercial world being any wiser. The cost of developing and deploying such technology today is so high that only a handful of people can do it, when it can even be done.

We're also finding flaws faster than ever before. I wouldn't presume this is because there are "more" experts in the industry than ever before. That's quite flawed logic. Rather, it's because the tools are more cost effective and more available than ever before. Skilled hackers are still in the 1% of our industry, but they have better equipment than ever thanks to open source software and improvements in high-level programming languages.

The result? We are no longer unique. We are becoming integrated.

But the real question that the episode "Eulogy" brought to mind was, are we respected? For all the effort we put in to coerce companies to integrate security into their process, are we heard? Are our efforts changing anything for the better?

While we perceive the baseline of security to be significantly elevated (and it has elevated) it has also shifted. We are essentially Sisyphus, except every boulder we focus on pushing uphill leaves another boulder to fall. While smartphone security has improved, laptop endpoint security has declined. IoT security is practically non-existent. While cloud security is fairly resilient. 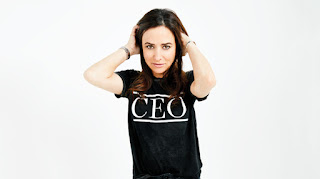 The baseline elevates based on our voice. And our voice is psychotic. Our industry spends more energy confusing executives and endusers than it successfully solves problems. We plead for engineers to listen to us, yet refuse to engage in reasonable discourse on what is cost-effective and practical, focusing instead on what mysterious and ethereal subtle flaws may or may not exist in hardware Trusted Platform Modules.

Let me clarify something for you. The world is like Sam Fox's daughters. They just don't give a fuck what you think. They love you when you care for them. They love you because you care for them. But they don't want to hear your whining fucking voices. They want you to fix things. And we're not fixing things. If anything, we're scattering the problem through our pettiness and flippant behavior.

So shut the fuck up. Put your phone down. And make something better.

And to quote Diedrich Bader's character in the episode, don't engage me if you don't want to know how I actually feel about your thoughts and behaviors.

Posted by Unknown at 6:26 PM No comments: